Rabbi Haim Jachter’s “Bridging Traditions: Demystifying Differences Between Sephardic and Ashkenazic Jews" is an amazing collection of customs where Ashkenazi and Sephardi practices differ. Rabbi Jachter, a well-rounded and formidable authority in halacha from Teaneck, NJ, who I have enjoyed correspondence with over the years, goes through the history of each community’s practice in each of these areas with an emphasis on the modern-day practice. He also often shows us where the respectful and healthy boundaries for each community lies.

One example which is dear to my heart, is whether a Sephardi who is praying in an Ashkenazi synagogue should recite kaddish in accordance with the Sephardic wording or with the Ashkenazi wording. As Rabbi Jachter points out, respectful boundaries and normative halacha should dictate that “when in Rome do like the Romans” and therefore a Sephardi individual should probably recite the Kaddish in accordance with Ashkenazi wording. Unfortunately, this is not always the way it works, which is a rant of mine for another time. There are about another two dozen different chapters dealing with such synagogue and prayer related issues and divergence of customs.

Some of the other topics that are dealt with include: Shabbat issues, of most interest would be the chapter on the different customs on warming food on Shabbat, holiday issues such as kitniot on Pesach, soft matza, forty days of selichot, and more. Differences between Sephardim and Ashkenazim in Kashrut, Nidda, Aveilut, and more are discussed. There are also appendices on the difference between the Moroccan and Yemenite communities, though truth be told, the latter are not “Sephardim.” There is also a discussion on the status of Ethiopian Jews and Rav Ovadia Yosef’s controversial hetter declaring them Jewish without conversion, something that normative halacha does not (should not?) accept...another rant of mine for another time.

Each chapter is 2-4 pages long making it perfect for those with attention span challenges, not to mention making it very enjoyable to learn a lot with little time and effort. There is definitely something new for readers of all levels. Uniquely written by an Ashkenazi rav of a Sephardic shul, this sefer is not merely recommended, it is a must have. 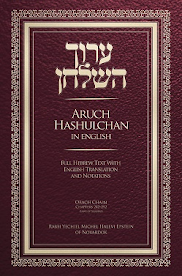 Aruch Hashulchan in English Orach Chaim Chapters 242-292 Edited by Rabbi Ilan Segal Translated by Rabbis: Michael Broyde, Ilan Segal, Mordechai Torczyner Urim Publications / 520 pp I am completely blown away by the English Aruch HaShulchan that was just published by Urim Publications. This outstanding volume covers chapters 242-292 of Orach Chaim, the laws of Shabbat. Specifically, these chapters primarily discuss preparing for the arrival of Shabbat, Jewish/Non-Jews partnerships, preparing the stove/oven for Shabbat (shehiya, chazara, and hatmanan), kiddush, the Shabbat meals, and more. For those less familiar, the Aruch Hashulchan is a code of law written by Rabbi Yechiel Michel Epstein (1829–1908). The Aruch Hashulchan is incredibly unique in that before discussing the relevant halachot of each chapter, it first cited the relevant Talmudic passages and the view of the Rishonim. Most such Rishonim are only accessible to the advanced student of halacha. With this English translatio
Read more 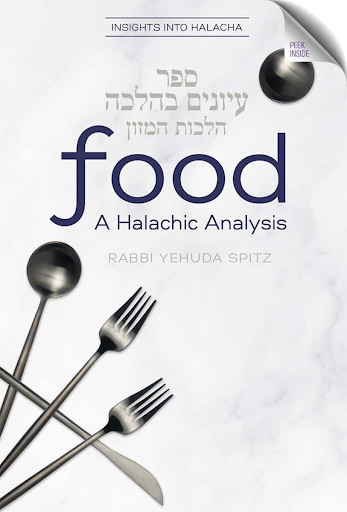 Food: A Halachic Analysis Rabbi Yehuda Spitz Mosaica, 480 pp I am unsure whether “outstanding,” “remarkable,” or “spectacular,” best describes Rabbi Yehuda Spitz’s sefer “Food: A Halachic Analysis”  -- though all three adjectives may not do justice. In over 30 chapters discussing various food and kashrut related halacha, Rabbi Spitz, a sho’el u’meishiv at Yeshivat Ohr Somayach in Jerusalem, presents unprecedented clarity in explaining and demystifying the issues. Some of these issues include waiting between cheese and meat, using dishwashers for both milk and meat, fish and milk, eggs and onions left uncovered overnight, chalav Yisrael, marit ayin, and much much more. It is thorough, clear, and makes everything easy to understand. Definitely one of his flagship chapters is the appendix on the history of Gelatin and its kosher status. These chapters are not merely regurgitations of what readers have certainly seen in so many other places, but rather, original compositions in the author’
Read more