With Truth and with Love

With Truth and Love Rabbi Yaakov Greenwald Feldheim Distribution / 420 pp
With Truth and Love is an outstanding guidebook and manual for improving one’s life in various ways. Some of the topics include: Chinuch (this chapter –a topic affecting virtually every Torah family today- was extraordinarily impressive), Emunah, Self-Confidence, Punishment, Tznius, Thought, Self-respect and more. One can see rather quickly how every chapter is lovingly written in a manner of arousing "devarim hayotzim min halev….nichnasim l’lev.”
Each of the 17 chapters chapter is made up of two sections: “The Principles” and the “The Practical.” The Principles section is a beautiful weave of Torah sources relating to the subject matter from the Torah and Talmud to rabbinic literature of every era. The Practical section then builds on the principles and offers practical strategies for incorporating the subject -and change- into our lives.
The book is written in an extremely clear and delicate manner. This …
Read more 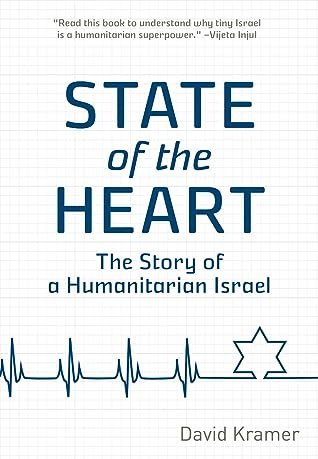 The Emperors and the Jews Ari Lieberman Mosaica Press / 355 pp
The Emperors and the Jews is a truly exciting and fascinating presentation on the relationship between the Roman Emperors and the Jews.
The emperors discussed include Alexander the Great, King Ptolemy, Vespasian, Hadrian Antonius, and more. Interspersed within each chapter are mini-biographies on the great sages and Jewish leaders that were predominate in that era.
For example, in the chapter on Alexander the Great we will have his biography, what life was like in the Roman Empire in his time, and his relationship with the sages. Contrary to popular misconception, not all Roman emperors were anti-semitic and life under Rome wasn't always that bad.
What is truly trailblazing is that Lieberman cites all the Talmudic and rabbinic references where the emperor being presented is mentioned along with the traditional commentaries. This makes the work into a beautiful synthesis between Jewish and non-Jewish perspectives on the pers…
Read more 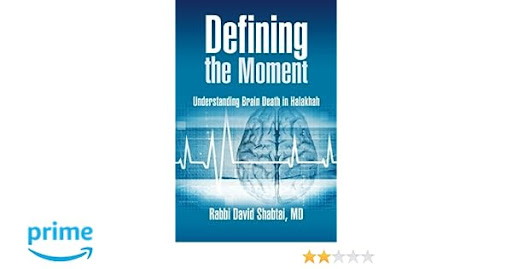 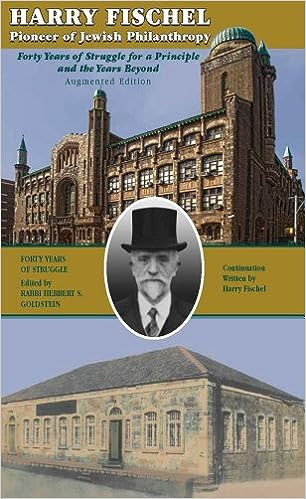 Harry Fischel: Pioneer of Jewish Philanthropy  KTAV Publishers, 2012 Edited by Rabbi Aaron I. Reichel, Esq. GUEST POST: Reviewed by Rabbi Reuven Chaim Klein Many of Jerusalem’s hallowed streets bear the names of 20th century Jewry’s most remarkable figures: Rechov Chafetz Chaim, Rechov HaRav Kook, Rechov Chaim Ozer, Rechov Polanski, Rechov Brandeis, Rechov Straus, and Rechov Magnes. One man's biography involves all of these esteemed personalities. It recalls the life and times of an individual — Harry Fischel (1865–1948) — who laid the foundations for Orthodox Judaism in America and in Israel. It is no wonder that Mr. Fischel too was honored with a street bearing his name in the City of Gold. I first came across the name Harry Fischel when studying the work Tosafos HaShaleim, which was published by Machon Harry Fischel. Little did I realize that Harry Fischel is not just the name of a publisher, but the name of a visionary who accomplished so much for the Jewish people. Mr. Fischel…
Read more

February 21, 2019
New Books from Urim!
Jews in Medicine: Contributions to Health and Healing Through the Ages Ronald L. Eisenberg / 464 pages
This is an amazing collection of Jews who have made contributions to medicine from the Talmudic era till today. There are 450 entries along with pictures organized by region and area of specialization. Also includes words of introduction on medicine in Judaism. An exciting resource.
Living in the Presence Benjamin Epstein / 240 pages

A Theology of Holiness 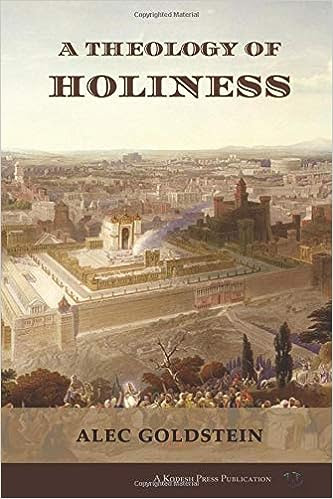 A Theology of Holiness Rabbi Alec Goldstein Kodesh Press / 258 pp
The secret is out. If you've wondered how Kodesh Press got its name, it's because the founder, Rabbi Alec Goldstein, has spent 10 years looking into the idea of "holiness, kedusha," and he just published his fascinating and exciting new study, "A Theology of Holiness: Historical, Exegetical, and Philosophical Perspectives."
His new book is a study of the idea of kedusha in Judaism. Some of the highlights include a lengthy analysis of the meaning of the root k-d-sh, how Chumash uses the word in context, and how the commentaries understand the word.
He offers five different theories about the phrase "kedoshim tihyu." Simply put:
First, Rashi says it means to keep a "subset" of the commandments, like keeping kosher and observing the laws of intimacy. Second, Rambam says it means keeping all 613 commandments, not just a subset. Third, Ramban says it means to separate even from whic…
Read more
More posts